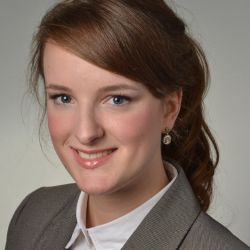 Alexandra Korn holds a BA in European Studies from Maastricht University and is project staff on the exhibition “Klimaflucht – Bedrohte Lebenswelten” for the United Nations Association of Germany.

Recently, the IDMC estimated that 22 million people had been displaced due to natural disasters in 2013. Compare that to 7.6 million displaced by events in Syria, 275,000 in Ukraine, and 232,000 in Palestine. As you can see, this is no small matter. But reporting on this issue gets short shrift. As nations look set to deal with even greater climate impacts and permanent displacement, we should not forget developed countries’ roles in remedying the situation. There are several ways of doing so, whether it be through financial commitments, knowledge sharing, or even in spreading the word.

The Case for ‘Common But Differentiated Responsibilities’

Developing nations are hardest hit by climate impacts. The island state of Kiribati is a case in point. Its coastlines are slowly but surely falling victim to rising sea levels. Albeit there are many more issues to consider as reasons for migration in this specific case, such as overpopulation or the salinization of fresh water reserves , manmade climate change and the resulting rise of the sea-level reinforces the island’s coastal erosion. The result of which being that by 2050, Kiribati will be largely uninhabitable and the i-Kiribati forced to migrate. In order to guarantee safety and a place to call home, the country’s President, Anote Tong, has already purchased more than 2000 hectares of land on Fiji in order to resettle his nation.

Meanwhile, the North German island of Sylt has also experienced a considerable degree of coastal erosion. Every year, one million cubic meters of sand are eaten away. But the island is able to combat this. Since 1983, from April to October, ships collect sand about seven miles off the coast of Sylt and pump it through a pipeline onto the beach where an excavating machine then distributes it. Every year, the preservation of the island by means of this procedure costs about €10 million. Sylt has an annual tax yield of €300 million, which allows it to pay for the hefty price tag and preserve its coasts. But not all countries have such access to deep pockets.

The difference in the financial scope is evident when comparing the two country’s gross domestic products (GDP). While Germany had a GDP of US$ 44,010 per capita in 2013, Kiribati only had one of US$ 1,711. As a comparison, the CO2-emissions per capita of an i-Kiribati amounted to less than one ton in 2009, while that of a German citizen had already reached nine tons by that time. Thus, Germany has a bigger impact on climate change than Kiribati and, like many of the industrialized countries, should take on greater responsibility in combating its effects as well as diminishing CO2-emissions in the first place. This is what the concept of climate justice suggests, as those least responsible for climate change are already, and will continue to, experience its most devastating impacts.

Although, indeed, the situations of Kiribati and Sylt are markedly different, and what Sylt is doing would not necessarily save Kiribati, action must be taken. At the very least, developed countries should pledge to help prevent island inundation through mitigation while offering ways to find new places to call home.

However, the Climate Change Conference (COP) in Lima that was held in December 2014 did not yield any encouraging results. At this year’s COP21 in Paris, real concessions will have to be made in order to relieve the nations of the Global South. In order to make a real impact, there needs to be innovative ways of delivering climate information. This is why, in the spring of 2015, the United Nations Association of Germany will install an online art exhibition with 29 true-to-life stories of people from all world regions that are affected by climate change and will sooner or later have to leave their homes (Klimaflucht). We hope that by presenting real stories of real people, we can help to build greater comprehension for migrants amongst civil society and that; hopefully, our exhibition can act as a catalyst for a discussion on the issue and even prompt politicians to act at COP21 and beyond. For further information on the launch of the exhibition-website (in German), please follow us on Facebook.