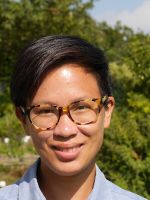 Today marks the start of the 21st Conference of the Parties (COP) in Paris, where delegates have one last chance to nail down an aggressive agreement on mitigation in order to divert us from our current path towards 5°C warming. This is obviously an urgent and important task. But there are other pressing issues that will also need to be addressed. On the forefront of our minds here at TransRe is the issue of climate change and migration. We’ve cobbled together a handy primer for novices and experts alike that may prove useful over the next several days.

Migration has had limited outcomes at past COPs. Most notably, it featured under the 2010 Cancun Adaptation Framework’s paragraph 14(f):

“14. Invites all Parties to enhance action on adaptation under the Cancun Adaptation Framework, taking into account their common but differentiated responsibilities and respective capabilities, and specific national and regional development priorities, objectives and circumstances, by undertaking, inter alia, the following: … (f ) Measures to enhance understanding, coordination and cooperation with regard to climate change induced displacement, migration and planned relocation, where appropriate, at national, regional and international levels.”

This has helped to facilitate a shift towards seeing “migration as adaptation,” with many international organizations, including IOM, UNHCR, Asian Development Bank, and World Bank, leading the charge.

For a good summary of the process leading up to its inclusion, read Koko Warner’s article “Human Migration and Displacement in the Context of Adaptation to Climate Change: The Cancun Adaptation Framework and Potential for Future Action.”

More recently, loss and damage has gained in popularity and is often seen as a means for restitution and relocation in the face of climate change displacement. The Alliance of Small Island States (AOSIS) has been fighting for the inclusion of loss and damage at climate negotiations for many years. They’ve had some small successes, including having loss and damage recognized as a major negotiating article at this year’s COP. In the current draft, Article 5, Option 1 introduces the possibility of setting up a displacement facility for people forced from their homes due to climate change. However, loss and damage suffers from many of the same questions as an international climate mitigation accord: who is to blame, who pays, who enforces?

There are many ways in which migration could be a part of the COP21 conversation. For specific recommendations for the Paris Agreements, take a look at the Advisory Group on Climate Change and Human Mobility’s most recent release.

Some of our blog posts have explored the context for climate and migration at COP21 as well. In our most recent post, “What Can and Should We Expect from COP21 on Climate Migration?”, Giovanni Bettini (Lancaster University) argued that migration would fall into political traps at Paris and should not be part of an agreement. Meanwhile, Praxis Labs suggests in their post, “Resilience Against COP21 Disappointment?”, that funding from COP21 members, including through public-private partnerships, that combine humanitarian and development aid in less developed countries can give stakeholders implementing programs with the flexibility to move between DRR, climate change adaptation, and poverty reduction. But the boundaries between these interventions need to be more flexible and negotiated in the specific context of community in order to optimize the programmatic interventions.

Additionally, Anja Lamche followed side events held by UNU, UNHCR, and IOM closely over the last two years. Her latest found that politics and economic costs featured heavily; while last year the focus was on seeing human mobility as chance and choice. Her posts would be worth delving into to see how specific actors embroiled in the climate-migration nexus frame the issue.

There will be many events linked to climate and migration at COP21, but here are those listed on the UNFCCC website. You can see a full list of event here. Click on the table below to see a larger version.