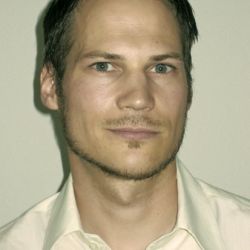 A Journey Through Four Rooms of Livelihood Studies

“Livelihoods and Development”, the new edited book by Leo de Haan, one of the most prominent livelihood scholars and former director of the International Institute of Social Studies in The Hague, clearly shows this trend. The thorough conceptual reflections and insightful case studies by the book’s contributors counter criticism that arose in the early 2000s that livelihood studies would be too static and largely place-bound and that far too much emphasis is put on individuals’ capabilities, whilst broader economic conditions and political relations are seemingly ignored. Instead, the book demonstrates livelihood scholars’ deep and systematic engagement with structural inequalities, local politics, and development interventions (see chapter by Urs Geiser), with conflict and violence and how these are spatially configured (see chapter by Clare Collingwood Esland), with communities’ dynamic pathways of development (see chapter by Jan Willem le Grand and Annelies Zoomers), with mobility and how migrants’ situated practices contribute to changing labour relations and social inclusion (see chapter by Charles do Rego and Jeanne de Bruin), and with the role of ICT in the creation of new translocal commercial spaces and new forms of livelihood security (see chapter by Griet Steel et al.).

Migrants are particularly active agents who fundamentally contribute to (re)producing places as crossroads through their local and translocal practices."

In my own contribution “Mobility, Space and Livelihood Trajectories”, I link debates in development and mobility studies by focusing on people’s livelihood trajectories through translocal spaces. I play with the “journey-through-rooms metaphor” that was proposed by de Haan and Zoomers (2005) in order to explain the social and spatial dimensions of mobility and how they relate to dynamically evolving livelihoods. The ‘rooms’ that open up with or withhold livelihood opportunities can first be understood as ‘social fields’ (in the sense of Bourdieu) through which agents navigate by taking on positions, by leaving certain rooms and moving on to new ones. Access to livelihood opportunities might be restricted for certain people or groups. Each room has its own logic, its principles of inclusion and exclusion. In this sociological reading, the journey through rooms might be experienced by an agent as upward or downward movement – as enhanced or reduced livelihood security.

The second reading I offer is based on a geographical perspective. By using the spatial trajectories of migrants en route to Europe as an example, I argue that the rooms can be viewed as territories that are delineated by borders. The recent movements of refugees and migrants to Europe and enhanced border security show strikingly that the access to certain rooms is both highly selective and highly contested. Mobile people who do not fit into the right categories for legal immigration are rejected and/or forced to take detours. Forced immobility (becoming stranded) in the European border space and even death can be the tragic consequence. The spatial trajectories of migrants are thus inevitably linked with social mobility. Migrants depart from, pass through, and enter different territorial containers or rooms, and simultaneously experience a positional journey through different social spaces.

In a third step, I plead for the inclusion of the concept of translocality in livelihood studies. ‘Translocal social fields’ are created through acts of mobility and other practices that cross different places. In pursuing their livelihoods, agents are then not only situated in one room; they are simultaneously embedded in several rooms. Their practices can then only be understood relationally. Appalling labor conditions in industries or construction might, for instance, be accepted by rural-urban migrants, as long as urban jobs help to sustain their rural families. Financial and social remittances circulating in migrants’ translocal networks can enhance the livelihood security of vulnerable households. They can also contribute to transformations back home as they drive ‘translocal development’. But livelihood outcomes are not always positive. Translocal modes of social protection can trigger new vulnerabilities, in particular when migrant-families’ largely rely on remittances and when economic or political ruptures lead to a sudden decrease of these vital flows of support. Moreover, translocal social ties as such can become a heavy burden for the migrant, too.

Finally, I argue that it is not only people who are mobile and have their specific trajectories. The rooms are under permanent transformation. Places, of course, have their specific histories, and they have their specific futures which are actively shaped by people who live and work at, and use them. In this age of globalization, places can only be understood by analyzing their connections and disconnections to other places, by investigating the flows of people, capital, goods, and ideas that circulate within translocal networks, and by interrogating the individual and collective place-makings of people. Global cities that trigger, channel, and crucially rely on people’s mobility are particularly striking examples of such ‘transient urban spaces’. Migrants are particularly active agents who fundamentally contribute to (re)producing places as crossroads through their local and translocal practices. They not only use the rooms, they appropriate them in order to sustain their livelihoods, they set up a material and social infrastructure that meets the needs of their translocal networks, and they constantly create new rooms – specific social and spatial niches and thereby indeed new urban forms as my own research on the dynamic livelihoods of street vendors in Dhaka has shown.