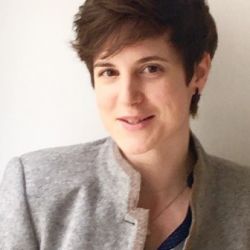 Marion Borderon is a research scientist in geography at the University of Vienna, Austria. Her research interests concern population and development studies. Much of her work focuses on contributing to the development of concepts and methods for the spatial assessment of vulnerability and risk in the context of environmental transformation. She holds a PhD in geography from Aix-Marseille University, France, dealing with malaria in Dakar, Senegal.

“Leaving No One Behind”. How Research Can Help Ensure That Vulnerable Populations Are Made Visible

Climatic change and environmental upheaval are like the sword of Damocles hanging over our heads. However, the effects of climate change are and will be experienced unevenly across countries and different segments of society. Scientists and policymakers agree that those who are already vulnerable - such as low-income individuals, the elderly, women, children, indigenous communities, and displaced populations are more negatively affected by our changing climate. Therefore, knowing more about these populations, understanding what their needs are, and how to meet these needs becomes crucial.

Yet, details on the populations mentioned are often missing in official databases, statistics or large-scale reports. Displaced populations after a disaster – natural or human-induced are, for instance, not always documented. Without recorded facts, these “invisible” populations continue to bear the brunt of adverse impacts of disasters and environmental change without us knowing the magnitude or geographic extent of the burden. There is no legacy of data reliability to consistently document these injustices. That is where our research takes place: filling and bridging the gap of knowledge between visible and invisible populations.

Recently working on displaced populations in India with the University of Salzburg, Austria, we have used innovative methods by means of Global Positioning System (GPS) loggers, population questionnaires, and Geographical Information System (GIS) to assess the spatial patterns of displaced households due to the river bank erosion of the Ganges in West Bengal.

In February 2015, we interviewed 4095 households of the most severely affected community, Malda: Kaliachak II.

The previous lack of data - particularly geospatial information on the relocation pattern of displaced populations, presented a fundamental challenge in assessing the vulnerability of populations affected by riverbank erosion and in estimating their loss and damage. This limited knowledge of the populations and their distribution made it impossible to perform classical and representative random survey of the particular populations of interest.

Knowledge production is the first step towards consideration of those left behind."
– Marion Borderon

The use of GPS tracking has provided a better understanding of the relocation patterns around the Ganges and allowed us to obtain a representative survey sample where quantitative and spatial data were not available.

The survey helps us capture the spatial pattern of the erosion-affected population and better understand their vulnerability. The methodology is promising for use in developing nations with resource-challenged environments where detailed geographic and demographic data are less readily available, or when dealing with dynamic environmental and population changes.

Thus, from fieldwork to data analyses, such a study seeks to identify the possible measures to improve resilience of vulnerable populations to environmental change and to reduce their risks. It argues that knowledge production is the first step towards consideration of those left behind.

“Leaving No One Behind”. How can research help to ensure that vulnerable populations are made visible? |NEW BLOG @TransReProject