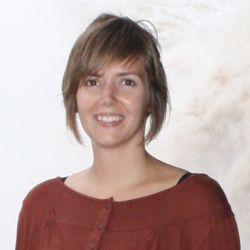 Sarah has a PhD in Geography from the University of Melbourne, and is currently working at the University of New South Wales. She writes about climate change vulnerability and adaptation, rural livelihoods, resettlement, and environmental management, mostly in relation to China. You can follow her on Twitter @sarahrogersgeog

While the specter of climate refugees fleeing small-island states has captured the media’s attention, there are many other kinds of migration that are in some way shaped by the current or anticipated impacts of climate change. One aspect of this complex migration-climate nexus that is not often talked about is resettlement. In contrast to migration, which is often a temporary household adaptation in response to economic and environmental risks, resettlement is planned by the state, typically permanent, and often involuntary.

Many developing countries have submitted national adaptation plans to the UNFCCC that include population resettlements. China’s National Climate Change Adaptation Strategy, released in 2013, also refers to resettlement. But can resettlement contribute to resilience or does it actually pose a risk of greater vulnerability? These are questions that are only just beginning to be interrogated.

The risks of resettlement

The community of resettlement scholars and practitioners has long understood the risks associated with moving people and communities – often forcibly – to new villages or urban areas. These risks are wide-ranging: people lose their land, they may become economically marginalised, they may face food insecurity, and they may suffer social and/or cultural dislocation. There is plenty of evidence in the academic literature to confirm that these things do happen, often due to inadequate planning, community participation and compensation arrangements. The World Bank, long involved in resettlement projects, has recently acknowledged serious shortcomings in its resettlement policies and practice and has vowed to improve its environmental and social safeguards.

Despite these risks, resettlement is still widely practiced, particularly in China. In China more than a million people have been displaced due to major infrastructure projects, the most well-known being Three Gorges Dam. But resettlement is also a strategy for poverty alleviation, for environmental rehabilitation, and now for climate change adaptation. Much of it occurs in the poorer inland provinces of central and western China, often in ethnic minority areas.

Given the existing risks of resettlement, and its maladaptive potential, resettlement as it is currently practiced should not be pursued as a climate change adaptation strategy. Current practice does not consider future climate change impacts or the potential vulnerability of households in the selection of sites or in the reconstruction of livelihoods post-resettlement. Post-resettlement support does not adequately help communities adapt to a changing climate.

The best option is to avoid resettlement by building the capacity of communities to respond to climate change and to other livelihood pressures in situ. If resettlement is unavoidable, then an overhaul of the way that resettlements are planned and implemented is needed so that climate change impacts, vulnerability, and adaptation are mainstreamed into resettlement practice. Without these reforms, maladaptation may be added to the long list of resettlers’ grievances.