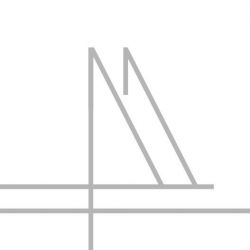 Praxis Labs is a collective of humanitarian and development practitioners providing research for field solutions. It has experience across Asia, South and Eastern Africa, Eastern Europe and the Middle East.

In November, the 21st Conference of Parties (COP) to the UN Framework on Climate Change (UNFCCC) will take place in Paris. Throughout 2015, informal consultations have taken place with the aim to reach a legally binding agreement on limiting global warming. Achieving this agreement is an important step in protecting populations against the impacts of climate change.

Critics of the COP process have pointed out that richer countries with larger delegations to the annual meeting are better positioned to advocate to their benefit (sometimes with the influence of large corporations), while smaller or poorer countries struggle to keep up with the official meeting schedule, let alone all the informal consultations. Looking at the parties’ national commitments in reducing their CO2 omissions, skeptics doubt that the UN will achieve its target of limiting temperature increase by 2 degrees. Without such a limit, the risk of extreme sea level rise and related coastal displacement increases.

The Intergovernmental Panel on Climate Change (IPCC) has long warned that low-income countries will be the worst affected by climate change. Between 2008 and 2013, South Asia ranked second in the number of people displaced by disasters in both absolute and relative terms, mainly caused by floods, storms, and earthquakes. According to Internal Displacement Monitoring Centre, India had the second highest levels of disaster-induced displacement in absolute terms between 2008 and 2014. Pakistan, Bangladesh, and Sri Lanka are also among the top 20 worst affected countries in terms of the numbers of people displaced. The increased occurrence of natural disasters due to climate change destroys homes and livelihoods, thereby disintegrating social support networks. Once displaced, communities face heightened protection risks, such as family separation, child protection challenges, and gender-based violence.

Our recent study, Community Resilience and Disaster-Related Displacement in South Asia, commissioned by the Norwegian Refugee Council for the Nansen Initiative, examined the resilience of communities in South Asia in the face of disasters and the displacement they may trigger. It considered the risk landscape and resilience capacity in Afghanistan, Bangladesh, Bhutan, India, the Maldives, Nepal, Pakistan, and Sri Lanka. It included novel case studies and data from fieldwork conducted in Afghanistan and the West Bengal Sundarbans in India. The study found that a resilient community is one that can prepare for, adapt to, and absorb shocks while retaining its basic assets, structure and functions. The building blocks of resilience differ from place to place, depending on geography, climate, economy, politics, people and so on. The specifics of each community must be considered; for example, Afghan returnees face obstacles to land ownership that decreases their resilience to disasters and displacement, while in the Indian Sundarban, delta displaced are allocated new – less fertile - plots by the government, and labor migration by one household member becomes a method of increasing resilience to displacement of the family.

The 2005 Hyogo Framework for Action, makes disaster risk reduction (DRR) a public policy priority, aimed at preventing livelihoods losses and displacement. Better disaster preparedness and climate change adaptation can prevent, or at least reduce, displacement. When natural disasters do cause communities to become displaced, the impact is largely determined by communities’ underlying vulnerability to shocks or stresses. More resilient communities are able to reduce the associated risks because they are more efficient in restoring their essential structures and functions.

Our study offered recommendations towards a resilience building framework, spotlighting the need to integrate DRR, climate change adaptation, and poverty reduction in program design. As humanitarian and development practitioners, we must begin to recognize that although displacement is a disaster response, migration can be an adaptive strategy. Measures to strengthen community resilience against displacement must secure the community’s existing asset base and help them to diversify it. We must understand the community’s perceptions of risk and any trade-offs they are willing to make. In order to change encourage more resilient behavior, we must build on traditional resources, knowledge, and resources. In order to make the benefits of climate change adaptation more vivid, we must show (not just tell) the way to adaptation through demonstrations, pilots, and other experiential learning opportunities. Moreover, communities need risk and cost-sharing mechanisms, so that the burden of climate change adaptation and DRR is more equitable shouldered. Information sharing mechanisms must be developed between meteorological and disaster management institutions, as well as communities that share natural resources and environmental risks.

Most importantly, our study reinforces the need to work “across silos” to strengthen communities’ resilience to prevent and reduce the risk of displacement. Innovative funds from COP21 members, including through public-private partnerships, that combine humanitarian and development aid in less developed countries can give stakeholders implementing programs with the flexibility to move between DRR, climate change adaptation, and poverty reduction. The boundaries between these interventions need to be more flexible and negotiated in the specific context of community in order to optimize the programmatic interventions.

The resilience building framework proposed by our report should not only be relevant to the Nansen Initiative’s consultative process, but also to a wider array of humanitarian, development, and protection practitioners. The study hopes to influence civil society, UN, and non-profit organizations as well as to inspire COP21 parties and donor countries to work together in finding and optimizing a holistic approach to community resilience against climate change, and which helps to prevent displacement and find durable solutions.

Image Credit: Praxis Labs // Embankment in Sundurbans India breached during Aila in 2009, and as the government faces difficulties acquiring land from private owners, some parts of the embankment are not rebuilt (yet), causing continuous flooding and soil salinization.