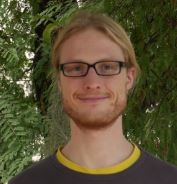 Till Rockenbauch is a research associate / PhD candidate at Bonn University with a background in development and social-ecological system research. He is a geographer by training and has worked with Deutsche Gesellschaft für International Zusammenarbeit (GIZ) as an advisor on food security and agricultural policy. Within the TransRe-project he works towards a social network perspective on rural resilience to environmental risks.

Thailand, with its high dependency on small scale agriculture and its economy still struggling with the consequences of the Asian crisis, has been interpreted by many scholars as caught in the “middle income trap.” This rather “pessimistic” view is challenging for me as a researcher working on the potential of migration for adaption in rural Thailand (see TransRe project), but nevertheless is worth being taken into account.

The idea that a lack of reform in the educational, scientific, and industrial sector is hindering a country’s progress to achieve “high income status” has become a major leitmotif in the development discourse in Thailand. The recent paper by Mare et al. provides an additional perspective. They personalize what so far has been called the “income trap” by exploring the individual experiences of return migrants. Based on quantitative and qualitative research from three villages in Khon Kaen province in Northeast Thailand, they reveal that both men and women are trapped by gendered norms shaping and often limiting their ability to take or create opportunities for themselves. Indeed, the authors find that social norms about “good housewives” make women often return back to the household and adopt the same social role they had before leaving; while social norms about “hard working men” are used by male return-migrants as an excuse to enjoy “easy village life”. This illustrates that in both cases, even though with different individual consequences for men and women, social norms can hinder the adoption of new and alternative income activities that have the potential to promote local economic development.

I find these observations by Le Mare et al. instructive, because they are similar to the impressions I am bringing back from my first field work in Northeast Thailand. Although not from a gender perspective, my field work is concerned with the question how translocal social networks between rural and urban areas can help to promote household resilience to environmental risks in Northeast Thailand. The underlying assumption is that migration induced translocal social networks can promote climate change adaptation by facilitating the exchange of resources, ideas, skills and knowledge between places. Thus a central question is driving me: Given migration is a general and ubiquitous livelihood strategy in Thailand, why are particular households making use of their translocal networks (in the sense of improving and exploring new livelihoods) while others do not?

Hanging in or stepping out?

Thailand’s small scale agriculture is in fast transition, including the rise of cash crops, such as sugar cane, cassava, and rubber; the monetarization of agricultural labor; and the emergence of specialized agricultural service providers. This trend, however, is not equally distributed among regions and households, and has not only winners but also losers.

Interestingly Ban Chai in Udon Thani Province, one of our study sites with the highest migration rate (internal and international) and most pronounced translocal connectedness, the majority of households tend to stick to small scale rice farming rather than exploring market-oriented modes of agricultural production. This focus on self-sufficiency is in stark contrast to other study sites, such as Nang Rong in Buriram, where market-oriented production of rice, cassava, and sugar cane is widespread. When asking household members in Ban Chai whether they consider changing their practices in the light of future climate risks a frequent answer was “I never thought about the future.” When asked what they would do if droughts would continue to be more severe, a common answer was: “I just will let it [the rice] die”. How can this be, assuming that migration-induced networks of support have positive feedback processes on rural livelihoods?

Without claiming to be representative, my current impression is that translocal support networks not only help with coping and adapting to adverse conditions, but – under certain circumstances - can hinder farmers to rise up out of a situation of marginalized livelihoods.

In the case of Ban Chai, financial support from migrating household members or relatives, first of all, sustains agricultural activities. Remittances are invested in improving agricultural activities (for example, hiring a big tractor or buying seeds and fertilizer), but only in few cases in the transformation of agriculture (for example, in more sustainable agricultural practices, or in diversifying agricultural crops, etc.). New ideas and skills that migrants encounter during their absence (for example, the use of drip irrigation) are seldom adopted once they return back to the village, either because the technology is not suitable, households lack capital or just because household members are not willing to “take a risk.”

It seems financial support sustains a system based on rice production that in the short run supports coping with daily risks. Subsidized by remittances, households are able to produce their own rice and hence don’t depend on buying rice. However, in the long run, translocal financial support prevents searching for alternative modes of agricultural production: Alternatives that might be more suitable for changing environmental conditions and which might foster an agricultural-based local economic development. This is of concern, because - given the decline of heavily used natural resources and increasingly pronounced occurrence of droughts - sticking to small scale rice production subsidized by remittances, might not be an appropriate strategy for the rural population of Ban Chai to rise up out of poverty.

Findings on the impact of gendered norms presented by Le Mare et al. complete this view: migration does not necessarily exhibit positive feed-back processes. Rather it is norms about gender and preferences about land use that, in combination with available resources channeled through translocal networks, can perpetuate a continuous cycle of resource scarcity on the one hand and the need for migration on the other hand.

What does this mean on a conceptual basis? Translocality does not foster resilience by strengthening coping, adapting, and transformative capacities equally. The interplay between translocal networks, social norms, and socio-economic conditions might, for example, strengthen coping capacities, but at the same time might prevent farmers from taking adaptive measures. In this case, resilience in the sense of conserving the “status quo” might compete over transformation towards alternative livelihoods.

Understanding the interplay between translocal networks, social and cultural norms, and socio-economic framing conditions therefore is prerequisite. We ought to acknowledge that resilience is not universally desirable. Promoting resilience irrespective of the potential contradictions between its different capacities might lead to a situation that eventually prevents rural livelihoods from becoming more sustainable.

Concluding with Le Mare et al., we should reflect on whether the question of rural populations being trapped or migration facilitating rural development is an academic one. If not challenged by insights from actual cases studies, it runs the danger of covering up the fact that individuals, both migrants and non-migrants, are not obliged to any kind of scientific discourse, but make their own reasonable decisions about migration and land use.