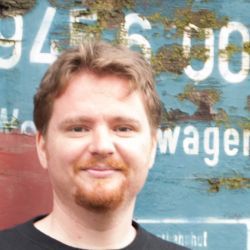 “We are trained like soldiers” The inhumane mechanisms of international labor migration and its impact on translocal connectedness.

The midday sun burns without intermission. There is no shade up here and the cement has to be processed quickly due to the heat. Since dawn Brasid, a 51 year old migrant worker from northern Thailand, and his fellow labor migrants have been working on the shaky scaffolding of a skyscraper that they are building in record time. Singapore, the booming city state, is depending on foreign workers like Brasid which are the backbone of its economy. But the working conditions are tough and the migration flows to Singapore are about to change significantly.

Singapore is an immigrant gateway city, where more than 1.4 million foreign workers account for no less than 20% of the total work force. While Singapore at first glance seems like a prime example of successful multicultural integration, looking behind the facade shows one of the most restrictive migration regimes that relies primarily on social segregation. This has an impact not least on the translocal connections of migrant workers.

Brasid left his village when he was newly married and worked in the Khlong Thoei dockyards in Bangkok with his wife. They could barely cover the costs of renting a room in Bangkok’s biggest squatter area. “Living on 3000 THB (approx. 80 €) per month was not enough to make a living.” Later, he found work as a construction worker in Singapore. But the work is hard, as Brasid reports: “People who go to Singapore have been trained like soldiers, if it is not the time you don’t get to eat (…) if it is not the time to sleep you don´t sleep.”

In Singapore there are over 1.4 mil #LaborMigrants who account for no less than 20% of the total work force. However, the working conditions are tough and the #migration flows are about to change significantly. A blog by @simonpeth

While at home people often romanticize labor migration as a great opportunity to “dig for gold,” Brasid and his fellow workers are confronted with the harsh conditions of a thoroughly economized migration system.

In a recent paper I published together with my colleagues Harald Sterly and Patrick Sakdapolrak, we illustrate that the case of Brasid is not isolated. Besides the physical hardships, migrant workers also suffer social and emotional hardships because, on the one hand, they work on short-term contracts, which are renewed every year and therefore have little social and professional security (e.g. economic flexibilization of migrant workers); and on the other hand, they often stay on these contracts for more than 10 or even 20 years, which separates them from their families for a fairly long time. So they live in a state of what has been called ‘permanent temporariness.’ While smartphones have undoubtedly changed the way migrant workers keep contact with their friends and families back home, in our paper we show that Thai migrant workers in Singapore often live a translocal life in-between their village and the global city of Singapore (click here for an easy to understand explanation of translocality).

While migrant workers are physically separated from their families back home due to strict employment contracts, they are socially segregated in Singapore. Since the beginning, foreign workers have had to stay in so-called dormitories (formally known as containers), which are usually located at the edge of the city. These urban structures are nowadays high-tech camps, with fingerprint scanners for access control and numerous facilities, such as  kitchens, laundries, gyms, TV and internet rooms, cinemas, supermarkets, pharmacies, and much more.

This has a clear impact on social belonging of the migrants. While some migration theories put the hypotheses forward that the connectedness of migrants staying abroad vanishes over time. The case of Thai migrant workers in Singapore shows that due to the lack of social embeddedness in the host society even long-term migrants keep very strong and lasting translocal connections to their place of origin.

On a conceptual level, the case of Thai migrant workers in Singapore is interesting regarding the temporality of translocal spaces. In Singapore, very unique translocal connections and translocal structures developed over time. At the same time, the number of Thai migrant workers in Singapore is decreasing significantly. So the question arises: what happens to translocal connections when migration systems alter or when migration flows come to a halt? In our paper we argue that it is more important to look at the everyday practices and quotidian mobilities of migrants rather than at migration movements and the numbers of migrants in general.

What happens to translocal connections when #migrationsystems alter or when #migration flows come to a halt? #Translocality #LaborMigration #Temporariness

Brasid also observed this trend of declining Thai workers in Singapore: “In my village, the younger generation rather goes to South Korea as they can get different and better jobs there and the old workers from Singapore are returning home.” Though Brasid, like many other workers, told us that Singapore has become over the years a sort of temporary home, ultimately their homeland has always been their village in Thailand. It seems that translocal connections between Thailand and Singapore will come to an end if the migration flow continues decreasing and comes to an end.

This blog post features the results of a paper which has been recently published in the Mobilities journal by Simon A. Peth, Harald Sterly, and Patrick Sakdapolrak.

A summary less technical terms can be found here: https://goo.gl/CqWbLm