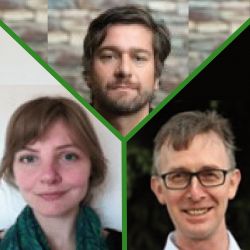 Colette Mortreux is a human geographer studying climate change adaptation and disaster risk reduction. Ricardo Safra de Campos is a research fellow in Geography at the University of Exeter. His research focuses on mobility and migration responses to global environmental change. Neil Adger is a leading social scientist in the area of climate change impacts and adaptation and professor at the University of Exeter.

What Drives Government Decisions to (Not) Support Resettlement?

Sea level rise, floods, and tropical cyclones are affecting the very land on which coastal and delta populations live. Loss of houses, infrastructure, and agricultural land prompts governments to consider options to fulfil their role in protecting their citizens. Planned relocations of people from one place to another are often politically controversial. However, whilst the pros and cons of resettlement decisions are often debated, less attention is paid to the consequences of not intervening.

International protocols exist to guide resettlement and planned location, but within individual states the decision is often political. In the Indian Sundarbans delta, the living conditions have become so precarious that communities are requesting government intervention, increasing the legitimacy of the resettlement. However, taking the example of three communities facing similar levels of threats, the response by government has not been correspondingly similar. So the question is – what determines whether or not governments take action, and the nature of that action?

In a new paper in Global Environmental Change we propose a conceptual model that is designed to explain government action or inaction with regard to planned relocation of vulnerable communities.

The model takes into account three main factors: what a government wants to do, what it is obliged to do, and what populations demand from them. The model suggests that decisions to act or not act on relocation initiatives (as shown in section B) are driven by underlying political determinants (section A), leading to outcomes for the populations involved (section C). The pathways in the figure demonstrate the diversity of government responses, and what drives them, as well as the implications this can have on the communities affected by environmental change.

Different approaches to relocation in the Indian Sundarbans delta

In the Sagar block of the Indian Sundarbans, there is a history of significant environment- displacement from coastal flooding, storm surges, erosion, and salinization. The number of people displaced since the 1970s is estimated to be around 4,000 from Ghoramara and Lohachara. Various resettlement programs have been used in the past. Recently, the communities of Ghoramara, Beguakhali and Dhablat have all demanded action, yet government responses to displacement have been diverse. In Ghoromara, there has been sustained government action to formally settle those displaced by erosion. In Beguakhali, the government has not formally resettled displaced households, but has invested in large-scale coastal embankments to protect the community. In Dhablat, the government has taken no action.

Figure 2: Location of the communities in the Sagar block, Indian Sundarbans delta (click to enlarge)

Resettlement from Ghoromara began in 1977 after the government of West Bengal declared it a “no man’s land” because of the high rates of erosion. The recently elected communist government of West Bengal declared a relocation policy in which land, and sometimes housing, were provided to resettled communities. But resettlement was not without problems. Some of the allocated land was saline and useless for farming. There was also tension with host communities in Sagar island, who resented the support provided to the former-Ghoromara residents.

Avoided resettlement: constructing an embankment to protect communities in Beguakhali

In Beguakhali the government has had a very different response to environmental pressures on the land. A coastal embankment was built and disaster relief provided in cases of breach, for example, after the major cyclone, Aila, in 2009. However, the embankment construction was primarily motivated by the government of India’s decision to develop a deep-sea port in Beguakhali for the transport of coal and iron – although this has not yet started.

In Dhablat, 10 kilometers east of Beguakhali, the government provided disaster relief after successive embankment breaches. However, unlike Beguakhali, there has been no commitment to rebuild the embankment nor, as in Ghoromara, support for relocation. One resident explained that flooding can leave them waist deep in water in their house. Many that can afford to do so have migrated out, leaving a small ‘trapped population.’

Linking to the model: reasons for different government responses

Tracing the model back from the different outcomes in each community highlights the interplay of different factors that led to the action/inaction.

"What Drives Government Decisions to (Not) Support #Resettlement? | NEW BLOG @TransReProject Presents @DECCMA ‘s Approach to #PlannedRelocation and the Consequences of Inaction

In Ghoromara, the newly-installed communist government was keen to show commitment to land redistribution and social welfare, creating a powerful incentive for government action.

This political change likely played a big role in overcoming the risk aversion and reluctance for action that often characterizes government response. This risk aversion was more evident in Begukhali, where embankment reconstruction also served the additional purpose of enabling the port construction, thus fitting with broader development goals. In Dhablat, the remaining trapped population are highly marginalized and lack sufficient voice to hold government accountable for inaction.

Climate change will exacerbate the environmental pressures that create cause for relocation. To date, the focus on relocation action by government overlooks inaction. Our model provides a mechanism to analyze these decisions.

Ultimately, inaction on resettlement can give rise to other public policy issues. As shown in Dhablat, for example, lack of response by government tends to lead to migration of individuals and households of their own accord – thereby altering the requirements for public infrastructure and services in their new locations. However, the capacity to migrate is dependent on resources, which means that trapped populations become concentrated in marginal and risky environments. Here they are likely to require regular disaster relief and measures for poverty alleviation.

This work was carried out under the Deltas, Environment and Climate Change: Migration and Adaptation (DECCMA) Project. DECCMA is funded by IDRC and DFID, and analyzes the impacts of climate change and other environmental drivers and processes of migration across contrasting deltas in Africa and Asia.