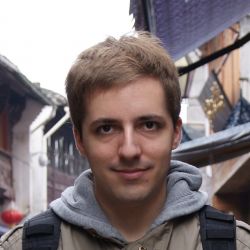 Benoit Mayer is a PhD Candidate at the National University of Singapore Faculty of Law, and an Associate Professor at the School of Law of the University of Wuhan, China. His research focuses on climate change, migration, and human rights in international law and politics. Most of his work can be accessed on his website: http://www.benoitmayer.com

Where Have All the Climate Migrants Gone?

In 2010, an article on small island developing states and the risk of resettlements that they were facing caught my eye and launched my career in investigating “climate migration.” The following year, I decided to pursue a PhD at the National University of Singapore on this very topic. I settled there because there was no convenient university in the Maldives to see this “climate migration” every day. But, I figured, I would see scores of “climate migrants” arrive on the shores of Singapore, amongst the island’s many migrants from India, Bangladesh, the Philippines, Indonesia, China, Vietnam, Thailand, etc. These countries were the same ones that many experts agreed would be highly affected by climate change.

And yet, five years later, I have not met a single “climate migrant”--not only in Singapore, but also in myriad places that I have traveled to for my field studies or academic events. I have gone to Bangladesh, Nepal, Thailand, the Philippines, Indonesia, China, Malaysia, and Cambodia; and, further, to Mongolia, Korea, Australia, Iran, and Qatar. In these various countries, I have not met a single person who told me that they had migrated because of climate change. I have met, however, plenty of people who were talking about the climate migrants: scholars and, sometimes, the journalists who read their work, the politicians who read the journalists’ reports, or the humanitarian advocates who were repeating what the journalists had said. When asked about the topic of my research, many others asked me many questions about so-called “climate migrants”. Over the last five years, I felt a bit like the delegate of an imaginary people to the real world.

Why, then, are so many people speaking about climate migrants? Why have President Barack Obama, state representatives to the UNFCCC, and the UN Security Council all focused, at least at one point in time, on this imaginary population? Do we really lack meaningful reasons to be outraged, to the point that we need to invent new ones? Aren’t there enough people suffering from wars, misery, and destitution across the world already? Academic debates on climate change aren’t necessary to realize that most migrants who need protection are not currently protected. On the other hand, we do not need to speak about migration, or even to determine the nature of the social impacts of climate change, to conclude that industrial societies are causing harm to less developed societies, and are indebted toward these societies.

Understanding the influence of climate change on migration is analytically important, but as researchers or informed citizens, we must be aware that this may not be politically relevant. States must protect the human rights of all migrants. Industrial states must assume their responsibilities for the great environmental upheaval that they are causing through climate change. Yet, industrial states must not tell others how to deal with a specific, imagined population of climate migrants. That would be nearly as great of an injustice as climate change itself.